Contractors who use telescopic-boom, articulated-boom or scissor-lift aerial platforms now face a multitude of changes in how the machines are operated and who can operate them. 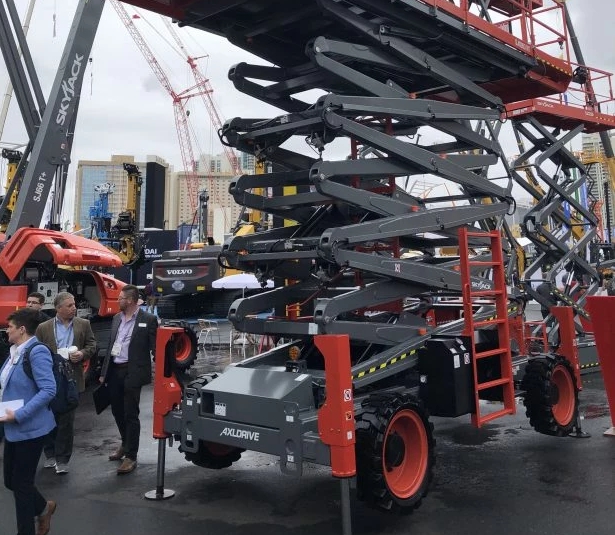 That’s because new national safety standards governing aerial work platforms took effect June 1, an industry milestone that has been discussed and delayed for several years. The standards are published by the American National Standards Institute (ANSI). The standards do not affect truck- or trailer-mounted booms or telehandlers. Aerial lifts built before June 1, are grandfathered in.

Though the standards are voluntary, the U.S. Occupational Safety and Health Administration can refer to them when there is an accident or if inspectors see a violation of OSHA rules. Aerial-industry members also point to the potential liability should an accident occur and the industry’s “best practice” standards were not followed.

“They would point back to the standards being best practice and you chose not to follow them,” says Rick Smith, JLG senior director of global product training. “Anytime, if there’s an injury or a fatality, certainly the lawyers are going to be looking at that.”

The question for contractors then becomes whether to gamble on keeping things business-as-usual or to comply. Even if they don’t comply, they will likely run up against the new standards. That’s because the ANSI changes affect not just contractors but all manufacturers of aerial work platforms, as well as dealers that rent, sell and maintain them.

“It really affects the entire industry, every stakeholder, from the manufacturer to the occupant,” says Tony Groat, North American manager for the International Powered Access Federation.

The standards even change the name of the devices. When you go to rent an AWP, you might hear your rental dealer saying, “Mewps.”

Though that sounds like something you got vaccinated against, you’ll learn they’re actually sounding out the acronym “MEWP.” That stands for “mobile elevating work platform,” what the devices are now called under the new standards.

A contractor could also unknowingly rent an aerial platform that has the new ANSI design standards and find it unexpectedly cutting off when performing tasks previously done with no problem.

“If an operator is used to driving a (Genie) GS1930 scissor lift manufactured in 2017 and they get on a lift that’s manufactured in late 2019 or 2020, they’re going to be in for a surprise because a lot of things are going to be changed on this equipment,” says Genie senior trainer Scott Owyen.

They might also find larger contractors requiring ANSI-compliant lifts on their jobs.

“My anticipation is that a lot of the major contractors are going to come out and say we want new-standards machines on our jobsites,” says Chad Hislop, Genie senior product manager. “And as that switches, we’re going to see the fleets change over to machines that are up to the new standards.”

And then there’s just the overall sense of doing the right thing. Do you want to be that contractor who doesn’t meet the latest safety practices?

If your answer is no, then here’s what you need to do to get ready for the new ANSI standards.